The Foundation was established in 1995 and works completely voluntary on a Christian ecumenical basis with aid in different countries. Collected funds are invested (with only 2% deduction for adminis-trative costs) in practical aid projects. 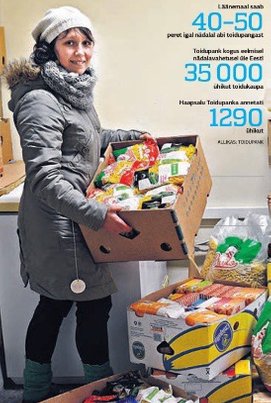 The Foundation pays the Food Bank’s transport costs for distribution of food to poor families and elderly people in and around Hapsal.

Food is donated to the Food Bank by various grocery stores. But money for the petrol is needed to enable the distribution to people in need, and that is where the SB Foundation does its part. At the beginning of 2015 Mr Terje Vilhur, the contact person for the Food Bank, wrote to the Foundation as follows:  “Thanks to your support we were able to continue the work and even extend it, despite of the difficult economic situation, so that more people could be given food boxes… For Christmas we made extra boxes with Christmas food … And a special Christmas lunch was arranged for families with children…Warm thanks from the Bank of Food volunteers!”

On March 14, 2016, five years had passed since Hapsal’s Food Bank started – the Estonian name for Hapsal is Haapsalu – and they invited to a birthday celebration. The SB Foundation, which during the last two years has supported the Food Bank with petrol money to help deliver the food supplies donated by various grocery stores to poor people in and around Hapsal, sent a congratulation greeting that was read out. Now the Foundation has already received a letter of thanks that also includes pleasant and good information. If you would like to read the letter, click here! 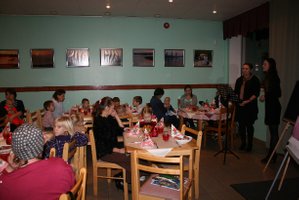 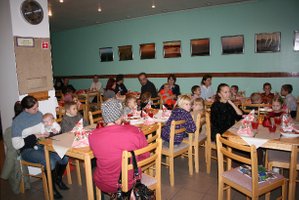 The SB Foundation also contributes to summer camps for children in Estonia. 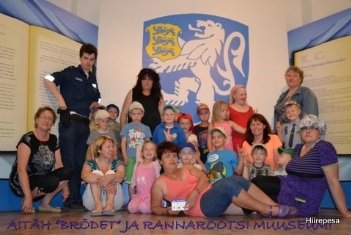 The SB Foundation contributes to summer camps that Bralu Draudes Misija (The Moravian Mission in Latvia) arranges every year for Latvian children. The site of the camp varies from year to year.

The pictures below are from the camp in Ledmane in July 2015.